To give a general idea of what’s in the UMS’ bespoke China Daily Morning Brief, a daily email service focused on four industry categories – Education, Tourism, Food & Beverage, and Health & Skincare, I decided to write a summary of the April insights our team published. The Morning Brief reports on the latest buzz on social media and what topics have been discussed most in China’s market. Providing a broad reference for four different industries: education, travel, food and beverage, and health and wellness, the publication enables brands to make proactive strategic decisions. Let’s take a look at some of the themes that were highlighted in April’s publications.

Although many international students still wish to study abroad, recent data shows that 76% of the Chinese students do not recommend studying in Australia. Also, 56.5% of students said that the tense diplomatic relations between China and Australia will affect or even cancel their study abroad plans. It is reported that Australia’s international education sector can create an output value of $38 billion Australian dollars a year, $7 billion of which was from Chinese students.

In New Zealand, the New Zealand Ministry of Education announced that it will provide entry exemptions for 1,000 international students studying for a bachelor’s degree or above.

In April, as many Chinese prepared for the May Day holiday, much buzz surrounded the number of domestic flight bookings as they were significantly higher than that during the Qingming holiday. Among them, the increase in mid-to-long-distance travel passengers was relatively large. Ctrip expected that the upcoming May Day holiday would bring “explosive travel”, thanks to the easing of travel restrictions and the effective control of the pandemic in China.

A brighter news also created a lot buzz in China social on the mid of April, the quarantine travel plan between Australia and New Zealand came into effect. For the first time in more than a year, Australian residents were able to enter New Zealand without having to spend two weeks in quarantine.

In China, the several interesting trends were observed in the F&B market in relation to the dairy industry. From January to February 2021, China imported 762,300 tons of dairy products in total, up 24.8% year on year. “Liquid” dairy products accounted for 198,800 tons, up 51.7% year on year. Imported dairy products have become an important part of China’s dairy market. The direction of dairy consumption has moved from milk, to pure milk and now to yoghurt and cheese, and experts believe this is set to be a rapidly growing trend with great potential.

Under the trade tension between China and Australia, Chinese customs seized about 3.43 tons of imported Australian wine at ports such as Shenzhen and Chongqing from January to February this year. Australia ranked first among the source countries of imported wine in China, with a market share of 37% in 2020. The imposition of anti-dumping duties on Australian wine is a big event for the Chinese wine market, but many Chinese reporters believes it may not necessarily do more harm than good in the medium and long term.

New Zealand Kiwi fruits will officially open season in China in 2021. The total weight of this batch of imported kiwi fruit from New Zealand is more than 3500 tons, exceeding 1 million standard retail boxes. New Zealand’s Zespri kiwifruit is very popular in the Chinese market. As one of the world’s most well-known fruit brands, China has now become Zespri’s largest consumer market in the world. The success of Zespri kiwi fruit in the Chinese market has made domestic and other imported fruits envy and imitate Zespri. Today, Zespri invests more than NZ $35 million a year in innovative research and development in China.

During April, there were many cross-border e-commerce exhibitions in China which generated a lot of social media interest. During the 2021 China e-commerce and digital trade exhibition, Suning showed a good growth momentum in international business despite the pandemic. Imported wireless Bluetooth headsets, infant milk powder, skin care products. from South Korea, Japan, New Zealand, etc. are favoured by domestic consumers.

In the past, many people have used “Daigou” to access and purchase while traveling abroad. But in the future, 90% of goods tariffs will be reduced to zero, allowing people to access a wide range of product and result in cheaper products. This will greatly benefit cross-border e-commerce businesses, according to Professor LI, Institute of international trade and economic cooperation, Ministry of Commerce China.

In household consumption, the expenditure related to baby is gradually increasing. In 2019, the scale of China’s mother and baby industry reached 2.86 trillion, a year-on-year increase of 3.4%. In addition, the popularity of pet beauty products continues to grow. Pet makeup sales increased by 100% over six months, making it the fastest-growing beauty category. Pet ear liquidations increased by 552%, bath solutions increased by 149% and eye care increased by 144%. 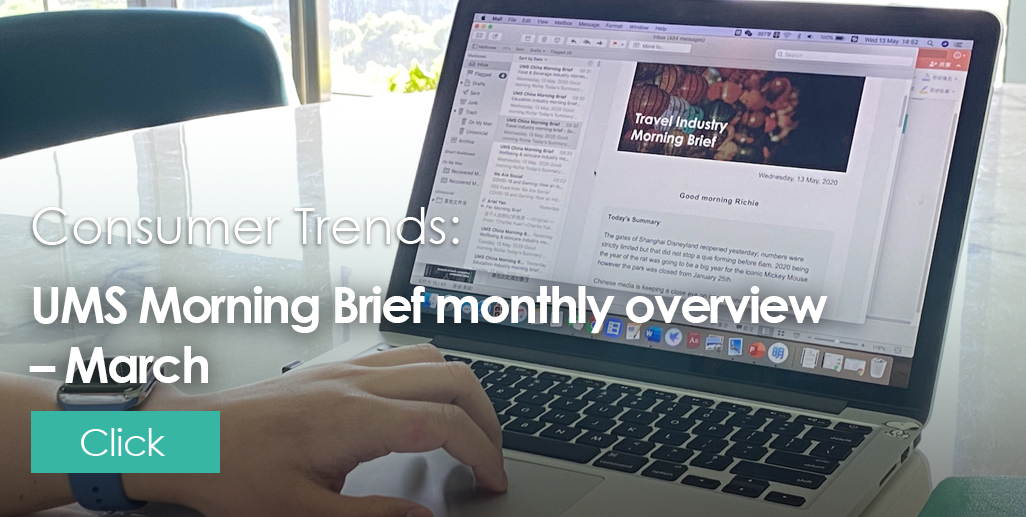