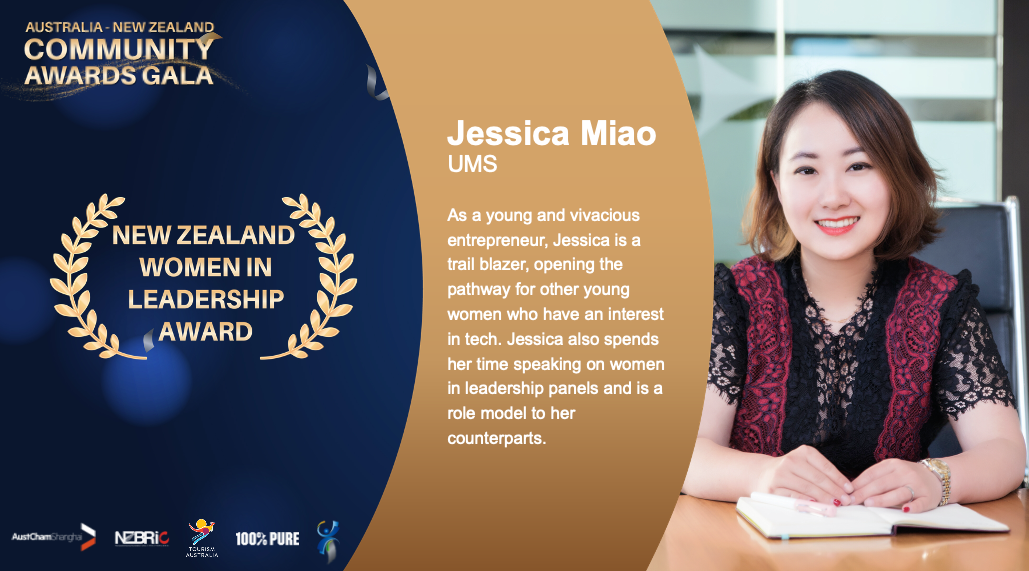 We are thrilled to announce that UMS Founder Jessica Miao has won the Australia-New Zealand Community Awards ‘New Zealand Women in Leadership Award’ on 31st March. Jessica received a community nomination for the award, with the statement:

“As a young and vivacious entrepreneur, Jessica is a trailblazer, opening the pathway for other young women who have an interest in tech. Jessica also spends her time speaking on women in leadership panels and is a role model to her counterparts.”

Jessica said, “Opening pathways for young women in business is something very close to my heart, and I never expected to receive this award, so it’s warming to know there are people out there who continue to support me and my mission. I’d like to say a huge thank you to AustCham Shanghai, New Zealand Business Roundtable in China (NZBRiC) and all of the inspiring women that helped me grow both personally and professionally.”